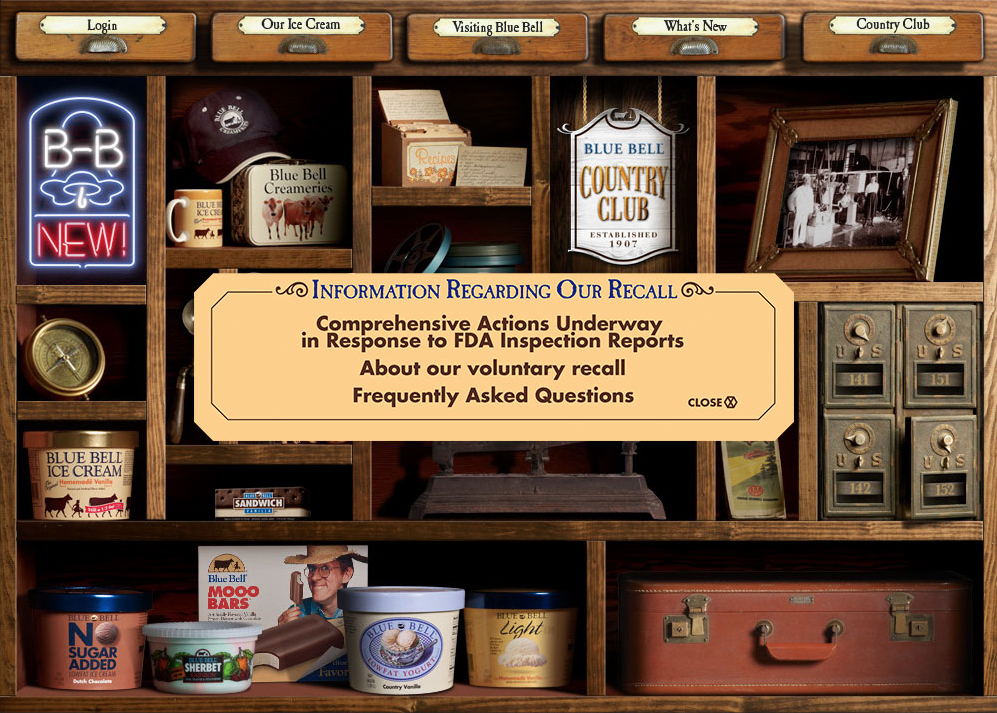 Once a simple creamery operating out of Brenham, a small town in east Texas, Blue Bell grew to be the national brand to beat in ice cream with as much as a 60 percent market share, according to some estimates. However, a random sampling in February 2015 by the South Carolina Department of Health and Environmental Control found the bacteria listeria monocytogenes in Blue Bell ice cream that was made in Texas. Soon after, Blue Bell ice cream that was made in Oklahoma proved to be the source of listeria infections in five people in a Kansas hospital. Finally, on April 20, 2015, Blue Bell announced a national recall of all its products.

It’s success from a small town operation into a national franchise was as much a result of branding as it was successful business operations and undeniable deliciousness. The Early growth helped the small town maintain its economic viability during the Great Depression, and akin to the prowess of Ma Bell, eventually everyone in the town either worked for the company or was related to someone who did. Today, however, it’s likely that more people in Brenham used to work for the company or knows someone who was laid off or struggling with work, as a result of the listeria meltdown.

A brand so tied to the enviable, homemade, small-town culture is now in a different spotlight that is melting its national glow and reputation. Before recalling its entire product line, Blue Bell successfully attracted its customers with a variety of rich flavors. The emotional connection was almost addicting, touting that its ice cream was so good because its cows thought Brenham was heaven. But heaven would soon crumble under a massive misstep in health and safety measures that are crucial to any food operation.

The first fumble came when the company discovered listeria in 2013 in its facilities but chose to respond in a limited fashion, which the FDA later said was insufficient. A limited response to any discovery that presents a potential threat to your customer base is insincere and never in the best interest of your customers or shareholders. A brand leader should never take a limited approach to addressing any problem that could diminish its reputation.

The second failure surfaced with the company’s full recall and its poorly crafted position behind its actions. “At every step, we have made decisions in the best interest of our customers, based on the evidence we had at the time,” Blue Bell CEO and President Paul Kruse said in a formal statement. “We’re committed to doing the 100 percent right thing,” he said. Unfortunately, the two-year lapse from discovery to doing the right thing falls a bit flat, especially for the friends and relatives of the three people who died from listeria bacteria birthed within Blue Bell’s factories.

Now, the key is avoiding the third failure of not admitting to mistakes. Another famous Texas brand, Lance Armstrong, should serve as a powerful testimony for how bad things can get when denial is your strategy in managing a crisis, especially one you created.

I hope Blue Bell comes back to my refrigerator. However, the company’s public posture in the midst of this crisis is going to determine its new flavor in the minds of American consumers and whether they will swallow it or spit it out in favor of Ben and Jerry’s.